Connoisseurs of spinning to win have a wide selection of slot software providers from which to choose, but which are the best? We've put together a little list of some of the top developers creating games for the industry today.

One of the big beasts of online gambling, Microgaming is responsible for a number of major fan favorites. Amongst these are 243 ways to win type games such as Thunderstruck II, Lucky Firecracker, and Game of Thrones, and perhaps the best progressive jackpot game: Mega Moolah, which has seen numerous multi-million dollar payouts.

In addition to those big hits, the developer continues to invent new games on a very regular basis, such as Jungle Jim and the Lost Phoenix, featuring 35 paylines (rising to 50 under certain circumstances), and the Chinese-inspired Long Mu Fortunes, in which every respin has the chance to trigger a 100x or 5,000x the bet jackpot.

Another very popular studio is NetEnt, which has a number of feathers in its cap. Blood Suckers has an astronomical RTP of 98% and low volatility, making it the best game for hitting wagering requirements for bonus money. There's also Starburst, a great game for new players and those who like to keep things simple, as it's nice and straightforward, uncluttered by the complexity of other games.

Other major successes include Dead Or Alive II, featuring High Noon (which transforms wilds into multiplier wilds), and Gonzo's Quest, following a maverick Spanish explorer hunting for the golden city of El Dorado (and it's the game that introduced the avalanche mechanic with symbols cascading down the screen). 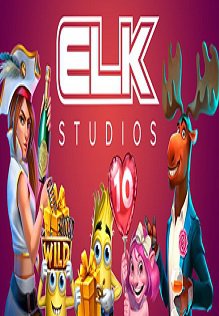 Elk Studios is another top provider of games, including the innovative Chi, featuring the helpful spirits Chi and Mow. This game turns slots on their head by being vertically-oriented, and has 27 paylines paying in either direction for a total of 54.

If Norse mythology is more your cup of tea then give Valkyrie a look. The divine warrior women of legend will decide if you're worthy of Valhalla, or consigned to Helheim. This Nordic slot game comes with 5 reels and 4 rows, and features giant 'epic' reel symbols that can occupy 2x2, 2x3, or 3x3 spaces.

Named after the giant tree at the center of Norse mythology, it's no surprise that Yggdrasil Gaming has games based on that mythos, including Age of Asgard. There are dual 5x3 machines to start with, but get three free spin symbols and they combine to become 5x6, and get six free spin symbols to enter Ragnarok, a fiery situation with the potential for the biggest and best rewards.

Jackpot Raiders sees the player hunt the elusive treasures of the Sunken City. This video slot has 20 paylines, and a pretty tasty jackpot if you're lucky enough to strike it rich.

These are some of the best slot software providers, and a selection of their casino games. Whichever you prefer, we wish you good luck.